Sarkisian Honored by Chamber of Commerce 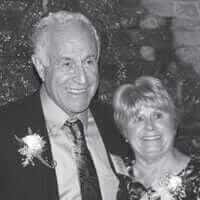 The honor saluted Sarkisian, a Holden resident who lived for many years in Rutland, for his many community activities. He has long been active in recently renamed Wachusett Area Chamber of Commerce, and the Wachusett Rotary. Through the Rotary, he helped sponsor service dog training at NEADS, to provide dogs for wounded veterans. While the veterans are in the area, learning how to work with their dogs, Sarkisian has been part of efforts to entertain the wounded heroes, whether taking them to ball games or hosting a barbeque.

He also spearheaded the Rotary's outhouse project for five years, raising about $70,000 for the Rotary to donate to scholarships, the food pantry, and building wells in Haiti. He has sold ads for Chamber, distributed its ad book and sponsored the golf tournament scholarship scramble.

In past years, he coached and sponsored Rutland Little League teams. He was the driving force behind bringing the town's ambulance service, transitioning from an all-voluntary squad to hiring EMTs and then improving the service to paramedical level.

This was accomplished by working with the board of selectmen and former Rutland fire chief Thomas Ruchala.

Sarkisian described the achievement as "something [he] feels good about."

"You have to give back"is his motto. He suggests that residents volunteer for the Wachusett Food Pantry once in a while to appreciate what they have.

As an accomplished business leader, he started Sarkisian Builders, although he doesn't claim he did it alone. His wife, Carol, has tended to the business end of the operation and sons Greg and Patrick joined him in the business some years ago. They help him keep up with the continuously changing regulatory environment. A year or two ago, Sarkisian Builders became one of the first lead-certified builders in the region. 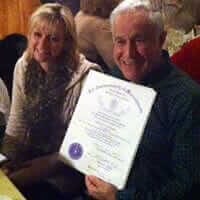 The Massachusetts House of Representatives recently presented Patrick Z. Sarkisian with a Community Service Award in recognition of 50 years as an outstanding business leader and his dedicated service to the community. Mr. Sarkisian was honored at a dinner hosted by his family on December 22, 2012 and was presented with the award by State Representative Kimberly N. Ferguson.

Sarkisian founded the company in 1962 focusing exclusively on building, remodeling and home improvement projects. Today the company remains dedicated to providing a full range of building services for homeowners in Central Massachusetts by providing a comprehensive, seamless package of disciplines. We offer our clients extensive experience in the building industry, and close attention to detail. "Our business principles are based on very traditional values; integrity, competency and client satisfaction."

The Massachusetts House of Representatives is pleased to announce Patrick Z. Sarkisian as a recipient of the Community Service Award in recognition of exceptional contributions to the Wachusett area.

The Holden Area Chamber of Commerce recently presented Patrick Z. Sarkisian with a special service award for his outstanding contributions to the Wachusett area. Each year the Chamber salutes individuals, businesses and organizations in the towns of Holden, Paxton and Princeton who have contributed to the betterment of their community. Patrick Z. Sarkisian was selected for his contributions as both a long-time business owner and an active community volunteer.

Let's talk details. Please fill out our quick estimate form and we'll be in touch ASAP.